what’s good, iceland? eight design projects that bring out the best in people

What makes good design? Or rather, what makes design “good”? Aside from creating playful, innovative design that feasts on the senses, celebrates nature and thrives on bold colors, Icelandic design is taking steps in bringing positive change to society.

A recurring theme in this year’s DesignMarch – the 10th anniversary of the festival – is social design. The international and local speakers at DesignTalks explored design’s power and potential to be a catalyst for social change, in several different aspects. Award-winning solar designer Marjan van Aubel redefines solar technology with thought-provoking projects, reconsidering our relationships with energy and the objects that use it. Kaave Pour, co-founder and creative director of IKEA’s innovation lab, SPACE10, explores the many different sustainable ways we could live in the future through playful design. In relation to this, interactive designers Anton and Irene imagine how we will live in 2030, and the various implications of co-living.

Speaking of what’s good, Dr. Alexandra Daisy Ginsberg asked a very important question(s) during DesignTalks: What is better? Who is it better for? Who gets to decide? “Better”, her PhD in Design Interactions argues that “better” is not a universal good or verified measure and that it is important to constantly question the concept, to carefully consider what we are bettering in design.

This sense of responsibility to society is prevalent in the many different exhibitions around town. Here are eight of the best and brightest projects from DesignMarch 2018 that are not only beautiful, but also meaningful.

Creating skills for people in prison

The socially oriented project focuses more on the consequences of the prisoners’ participation rather than the actual products that are created. What Stússað í steininum hopes to achieve is fueling innovation in the prison workshops. “The idea is to have an arsenal of projects where one can evolve throughout the prison system,” Bui explains. “As prisoners gradually get skills, they’re able to do more and more complex work. Currently, the prisoners are thinking about doing an educational program. As they graduate from the prison school of creating stuff, they would get a recommendation from the prison that could help them get a job after they’ve served (their sentence).”

1+1+1 creates surprising design configurations, literally. Made up of designers Hugdetta (Iceland), Petra Lilja (Sweden) and Aalto+Aalto (Finland), each studio designs an object consisting of three distinct parts which they then randomly assemble, creating unpredictable combinations. No information is shared during the process (aside from a simple set of rules) in order not to influence the design work. (See their vibrant vases and candles from last year’s edition here.)

Their newest project, Sweet Salone – an affectionate term for Sierra Leone by locals – is a collection of wicker lamps, textiles, clay objects and basket-tables handmade by craftspeople in Sierra Leone. Sleek and minimal aesthetics characteristic of Nordic design merge with rustic African craftsmanship, creating vibrant new forms. In cooperation with the Aurora Foundation, the aim of the project is to support the design and crafts industry in Sierra Leone and protect traditional skills and materials that might otherwise disappear. While simultaneously inspiring new ideas to both Sierra Leonean craftspeople and Nordic designers, the project opens up business opportunities for the local community. The proceeds go directly to the makers.

Addressing the global problem of food waste, Björn Steinar produces vodka from thrown-away fruits through Catch of the Day. “Food waste is a huge problem everywhere in the world. It’s bad for the environment, it’s a waste of resources and money, and still, we throw away 40% of all the food we produce,” Bjorn explains. The motivation for the project grew out of frustration, as the designer – who has been dumpster diving for years – sees perfectly fine food being thrown away by supermarkets and food importers. After finding out that anything with over 20% alcohol doesn’t require an expiry date, Björn was inspired to give food materials an endless storage time by virtue of never going bad.

At first, he approached professional companies, but found the process very bureaucratic and slow. “I just needed to kind of talk about this right now,” he shares. “So I designed and built a simple open-source distilling machine and shared it online for free, so that more people could join me on doing something about this.”

Catch of the day from Bjorn Steinar Blumenstein on Vimeo.

Extending the lifespan of production tools

Mould is an investigation into the subtle techniques used in mould-making, aiming to extend its active life. By attempting to find ways to give moulds a second life, designer Theodora Alfreðsdóttir extends the lifespan of existing materials that would be otherwise useless, or thrown away. Theodora was inspired to create the project as she was moving studios, surrounded by boxes of moulds she has used in other projects. “The mould is essential for a certain time in the process, but then it loses its value completely,” Theodora says.

The project also aims to raise awareness about the manufacturing process, which are often not in the minds of general consumers. “I think that most people that have been involved with mould-making see a lot of beauty in them,” she explains. “But for someone that isn’t familiar with these processes, the beauty might be hidden. So, (this project) attempts to find ways to give moulds a second life and, with small interventions, bring this beauty in front of a new audience.” The next stages in the investigation will involve more industrial processes, such as slip cast ceramics and glass blowing.

Studio Flétta –product designers Birta Rós Brynjólfsdóttir and Hrefna Sigurðardóttir – created an innovative new way of making candlesticks, cutting down its production time to just one minute. Thinking about mass production and how Iceland relies on manufacturing abroad, the designers were inspired to find a way to lessen production time in order to make it more affordable to produce locally. Through repeated experiments, the designers succeeded in cutting down the time to hand-form a slab of clay into a candlestick – the part of the process which they could influence the most.

“We did (this project) in a way because we really wanted to make our things here in Iceland since, like in many other countries, Icelanders produce a lot abroad,” the designers share. “We wanted it to make sense to manufacture them here, and we wanted our product to be competitive with the mass-produced ones.” The candlestick is their first product as Studio Flétta, after working on various projects together such as Haugfé, an upcycling project in Iceland which showcases the value in materials that go to waste in manufacturing companies in Reykjavik.

Studio Trippin designs vibrantly colored clothing and furniture made from Icelandic horsehides, as a way of saving this material from being thrown away as a byproduct. Kristín Karlsdóttir and Valdís Steinarsdóttir – newly graduated fashion and product designers – explores the various traditional and unconventional ways of utilizing horse hides in design, while opening up avenues in using this untapped material source. “In Iceland, we have a special relationship with horses, as they are simultaneously loved pets on one hand, and food on the other,” the designers explain. “Although horsehides are suitable for both leather and fur production, they are rarely utilized or tanned in Iceland and are mostly considered a byproduct.”

In the exhibition, the duo created a psychedelic, neon-colored world of fur coats, shoes, capes, and rocking horses all made out of horse fur. Accompanying the objects is a Sensory Wall, inspired by the horse as an icon and pop star – where visitors can listen to three songs paired with corresponding scents on colored pieces of horse fur. “We talked to our friend and musician Salka Valsdóttir, and asked her to imagine if the Icelandic horse would become a pop star and how that would sound like,” the designers explained. The pink fur is strawberry-scented for the “pop” soundtrack, toffee-infused deep purple fur go with the “smooth” soundtrack and an alcoholic-licorice smell was paired with blue fur and the “hard” soundtrack.

Agustav – a high-end furniture design company and manufacturer – inspires sustainability and environmental awareness in the luxury design industry. Aside from planting trees for each item sold as well as using environmentally friendly packaging, the company is launching a series of products created from leftover wood cuttings. The first product is a measuring unit that be ordered in the length of a child during its birth, with the child’s name and date of birth engraved on the side.

Considering the short lifespans of furniture and home objects, the personal measuring unit can be a good example of sustainable and life-long design – a meaningful object that can be carried throughout one’s entire life.

Studio Portland – composed of Karen Ósk Magnúsdóttir, Sóley Kristjánsdóttir and Sölvi Kristjánsson – created a set of elegant home furniture – a lamp, a chair and an acoustic speaker  – made from recycled aluminum. Because of Iceland’s rich geothermal energy resources, aluminum manufacturing is one of the biggest industries in Iceland. “The idea of using aluminum came when we heard that there was an awareness campaign about recycling the aluminum frame that tea candles come in. We thought it was interesting and offered to participate,” Sóley says. “It is estimated that in Iceland we use about 3 million tea candles every year!” Although aluminum production is controversial, the material has huge recycling capabilities because it doesn’t lose its original quality after processing.

Studio Portland is also part of an exhibition during DesignMarch called #aluminumrecycled, where four teams of designers make products from collected aluminum.

DesignMarch, held from 14 to 18 March 2018, is a yearly festival in Reykjavik showcasing the latest developments in Icelandic and Nordic design. Featuring an alluring mix of fashion, architecture, food and product design, DesignMarch’s playful atmosphere, incredible locations and joyful camaraderie makes it one-of-a-kind. Other installations from previous editions include a thoughtful research project about Icelandic porcelain, interactive design objects made from local Icelandic materials and salvaged soundboards from broken toys, and exquisite hand-tufted rugs inspired by Icelandic landscapes. 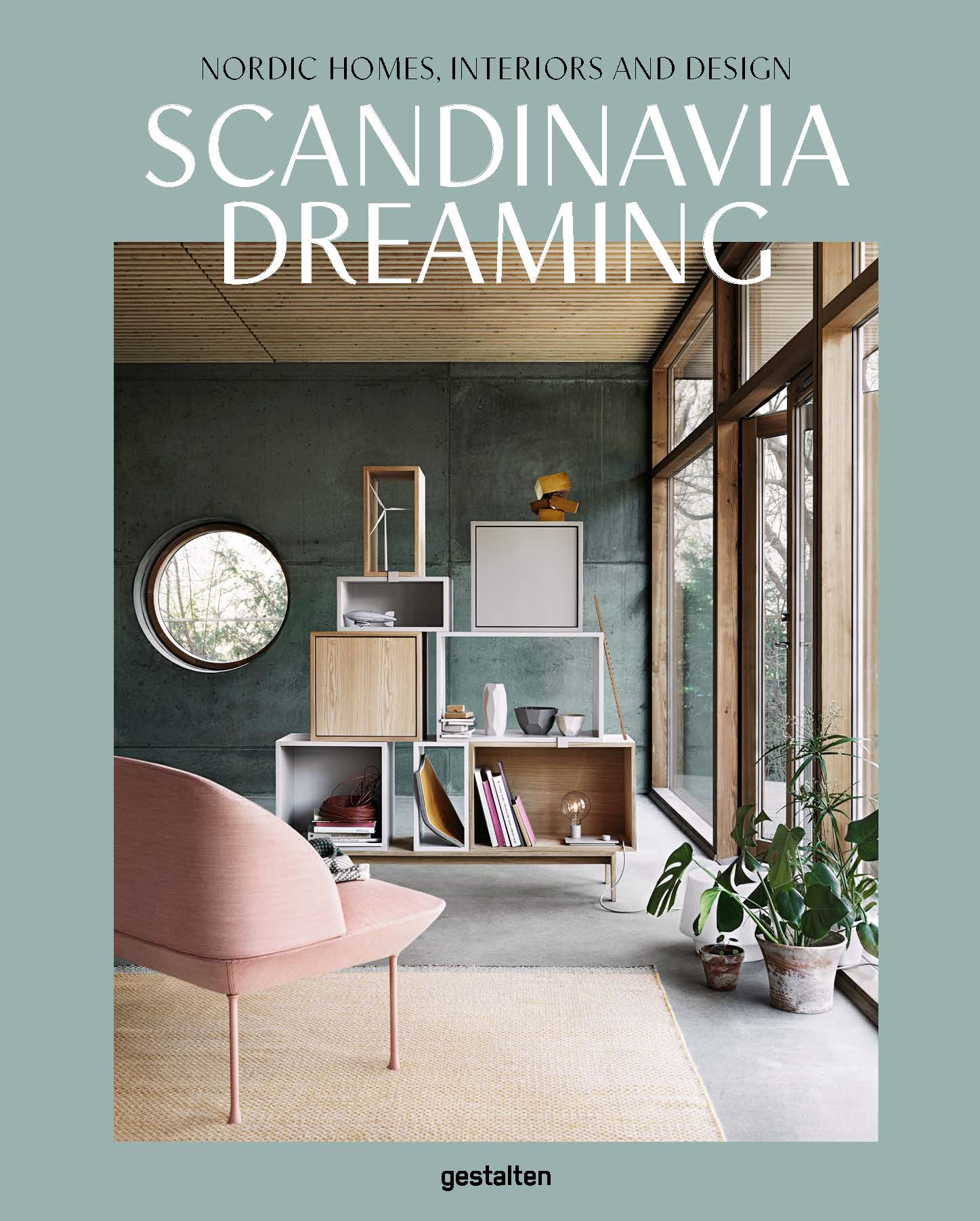